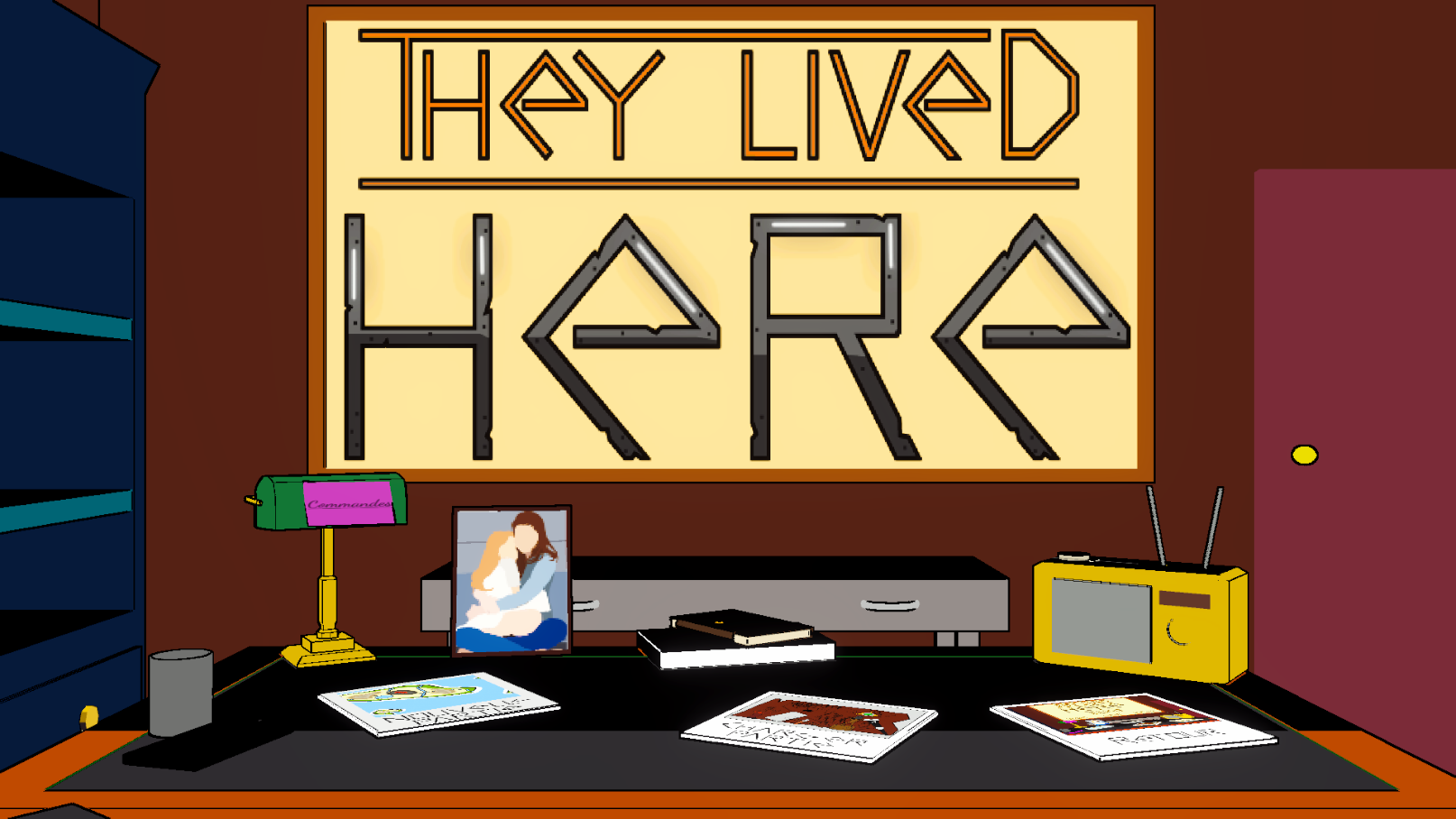 Game available on my itch.io page.

End of degree project. They Lived Here is a puzzle game, based on language and archeology.
This is a solo game.
It was made with Unity 2019.4.4, along a timeframe of 6 months.

For this project, I worked on writing the backstory, the game design, most of the programming, along with the team management..

This game is playable on PC, using only the mouse. For now, it's only in french.

The main idea around They Lived Here is to understand the language of a lost civilization, using some artifacts. In order to do this, the player had a notebook in which the words are, a corkboard on which the theories would be strung up.
A gameplay possibility was the use oftools,in order to reveal words or parts thereof that were hidden. For instance, using a brush, or black light.

This first version already contained the gameplay basis, and a "simple" idea.

During the production phase, we kept the basic idea, but the mechanics changed a lot.
Firstly, the board got scrapped early. It didn't seem that useful if its only use was "take notes". Since we didn't find any other mechanics with it, it went away.
The tools also didn't stick. They were interesting and would have made the gameplay deeper. But it came with a high level of difficulties, since it would have added quite a lot of work on the puzzles, the assets, and the programming. Overall, this wouldn't fit with the time we had.

Due to all these cuts, we only had the notebook and the artifacts left. It was a solid base, yet a bit repetitive.
In addition to this, we realized that the objects in themselves didn't give out enough information. Even more for the obsoletes or broken ones, that the average player wouldn't recognize.
Due to this, a new concept was added :
The file.
Whenever the player wants to, they have access to the file, which contains some intel about the current object batch, or the one artifact they are looking at. It allows us to give out more context, and make sure that everybody understand what the objects are, which are two core aspects to channel the player's thinking.
With time, the file got some more tabs.
Firstly, two "hint" tabs. They give out some hints if the player spends too much time without progress.
Then, a "word" tab. This one contains the list of every word that the player has seen, a bit like the notebook. This allows them to quickly look up translations, without having to open said notebook. As such, it can be looked up while analyzing an artifact. However, this tab also has a second use : When the player is analyzing a complex object, like a book page, with a lot of text. In this case, the word list becomes a direct translation of the object's text, using the words the player already guessed.

Meanwhile, the user interface also evolved, with the objective of having everything be diegetic (existing inside on the game's world).
This allows for a better immersion, while also giving access to every part of the game without breaking the flow.

Final result and the future)

The final game contains a tutorial, 4 main puzzles, and an ending.
The playtests and the final jury gave out mostly positive feedbacks.
The game is seen as pleasant, with a good incentive to progress.
The gameplay is simple, but it works. It also doesn't get boring, due to the game's length.
However, some variations could be nice, since here the base gameplay loop is fixed.

As for the team, creating They Lived Here was hard.
As such, we decided to leave it as it is. It showcases our skills, and doesn't need to become more.