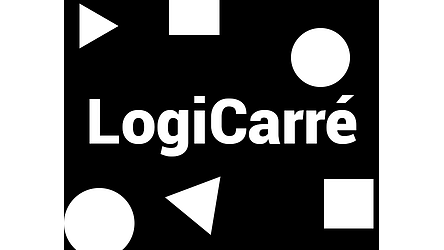 Game available on this itch.io page.

Game made in 48h for the Scientific Game Jam 2020.
Our subject was the thesis of M Antoine Cochard, about logical operatives in language.

For this reason, we made a Puzzle-Game, asking the player to understand logical instructions to progress.
This game was made with Unity. On it, I was the Game and Level Designer, along with coordinating the team.

The game only uses the keyboard

This game was made by directly applying logical operators.
As such, the general idea is simply to move and open doors, using symbols that answers a "sentence" showing what key(s) is needed, using said symbols along with operators such as "or" (incluvise), "and", or "not".

This system was pretty easy to set up, which allowed the team to focus on the level design, and have has much ideas as possible.

Due to the short jam context, the development was made in a bit of rush, during which the team made a lot of concepts, which were then chosen, ordered, and integrated to the project.

The game was fairly liked in the context of the jam.
The idea had potential, and could become a nice game, with more content.
As for now, the main problem is the utter lack of polish, due to the short time and the fact that the team had nobody with graphic skills.

All in all, a nice project for its context, but that may need to be revised.