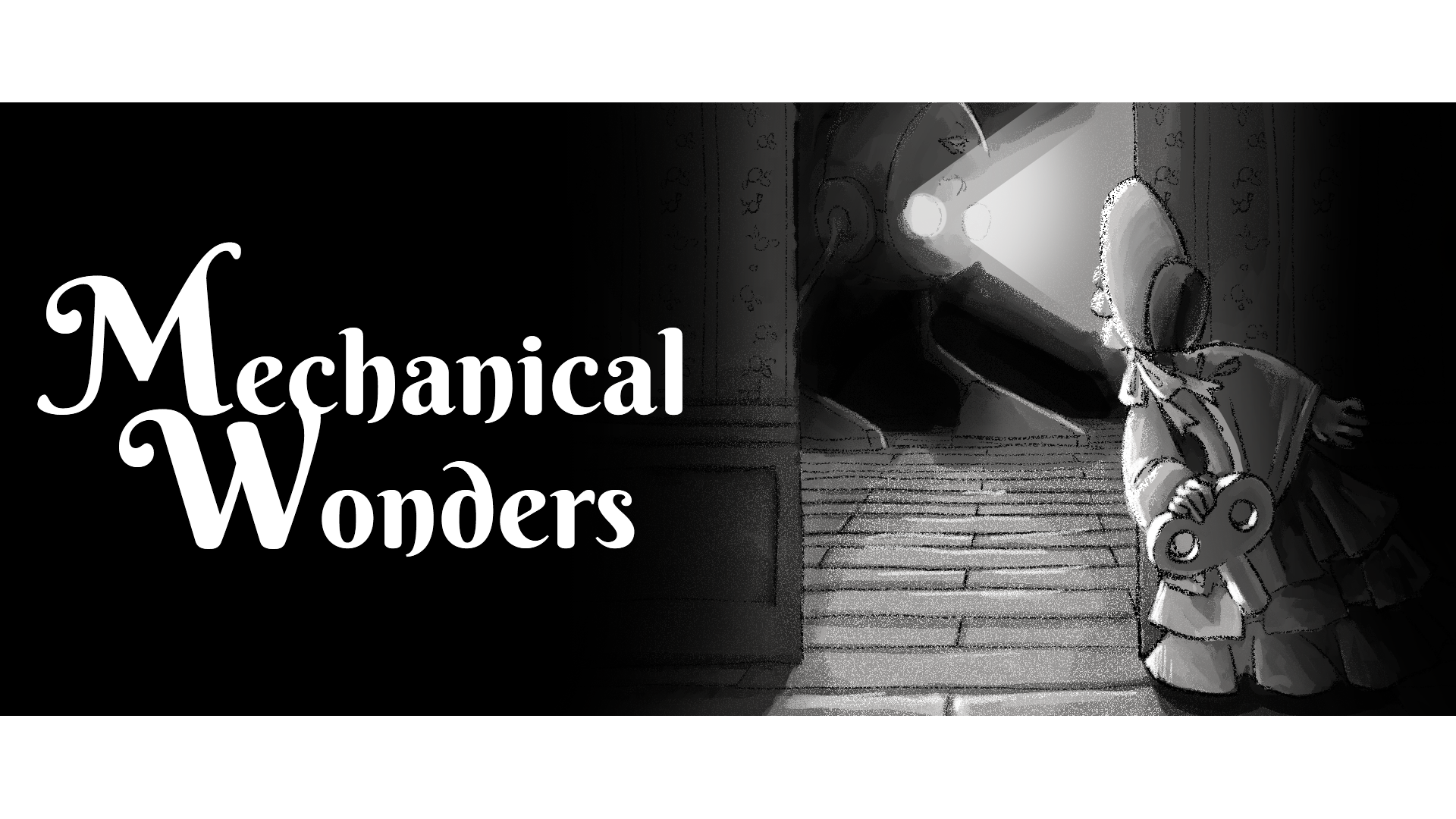 Game available on my itch.io page.

Game made in seven days, for the « Brackeys Game Jam 2020.2 », with the subject "Rewind". It's a small rpg-horror. This project was made with Unity, with the help of Ha-Thanh Gore-Koenig. They did all the visuals and musics.
Which means I did the rest : Game/Level/Narrative Design, along with Programming/Integrating, and the non-musical Sound Design

The game only uses the keyboard. Using a controller was though of, but not done due to not seeming important enough in the time constraint.

Due to the subject, "Rewind", it was decided to think outside the box, and focus on the word and its etymology. "Rewind" can then be though of as "Wind-up again".
Due to this line of thinking, the project focused on wind-up mechanisms.
Since we chose to focus on machines, some possibilities where though of. One of them was a puzzle game, and the other a platformer, both based on the idea of winding up one or more characters.
Finally, we chose to make a RPG-Horror, due to the genre being quite easy to create, and allowed to work on the kind of ambiance the team like, along with a focus on narration. The main gameplay would then be walking, interact with some objects, and dodging enemies following a pattern. Said enemies are the mechanisms, which often stops to rewind, allowing the player to escape them.

The main system was pretty easy to make, completed in a day's worth of work, followed by minor adjustments and fixes. Most of my work was then focused on Level Design, trying to make somewhat coherent rooms and interesting roads for both the players and the enemies.
The second half of the development was focused on Sound Design, which was pretty easy, doing derivative work, using creative common assets. But also integrating the content.
Said integration was fairly complex. The in game elements didn't use a standard size, which means doing small resizing for the walls and other objects.

Overall, the development went rather smoothly, and the project didn't evolve much between the start and the end. The biggest change was the addition of an interaction system, to get a bit of lore from the environment, and push crates, along with the addition of checkpoints for the last room, due to it being pretty big and difficult.

The game was nicely received.
Most of the feedbacks found the game to be pleasant, mostly for the work on the mood and the short story.

The biggest drawback happened to be the difficulty, which was a bit too high.

With more time to do this project, it would be necessary to have better checkpoints, and a better level design.
Some bugs also needs fixing, but they aren't major.

The project ended up 338th of the whole 1857 games, during the jam's participative rating.